Biomakespace at the School of Technology Public Engagement Masterclass!

I recently attended the School of Technology Public Engagement Masterclass Organised by Ljiljana Fruk on behalf of the Biomakespace. The event was held in the Department of Engineering but there was a broad range of guests from lots of different backgrounds and disciplines. Lucy Spokes the University's Public Engagement and Festival Manager opened proceedings with an introductory presentation on the various forms Public Engagement takes, including and beyond taking academic subject matter into schools, for example, the Science Festival and Festival of Ideas involving thousands of visitors and presenting university members spread over 1-2 weeks twice a year. Liz Hide, the outgoing University Museums Officer explained the myriad ways museums are used as public engagement venues for local (and less local) school groups as well as regular sessions tailored to local dementia patients and other groups where the museum staff interact substantially to accommodate the needs of the visitors, as opposed to being a passive store of information.

Helen Slaski told us about the variety of different ways the Cambridge Science Centre interacts with its audience and how both a physical presence in Cambridge (in soon to be newly opened premises at the Cambridge Leisure Park), school visits and pop-up/roadshow events around Cambridge hopefully allows the CSC to not only reach many potential young scientists, but also engage with them and their families at multiple time points during their education, with the aim that this can hook more young people from diverse backgrounds onto science. Diana Scarborough, an Engineer turned Artist showed off some of the weird and wonderful artwork resulting from her ongoing creative conversations with scientists from lichen-culturing biologists to space-meterologists influencing her art which spans traditional media, digital graphic art, film and dance.

Finally Hugh Hunt and Matt Parker (the Stand-Up Mathematician) recounted the excitement of growing a mathematics oriented public engagement show to fill 500+ seater theatres and wowing hundreds of young would-be mathematicians, scientists and engineers at once. They cited the neutral or unfamiliar environment of the theatre as an excellent place in which to open people's minds to mathematics and the fun side of STEM subjects. 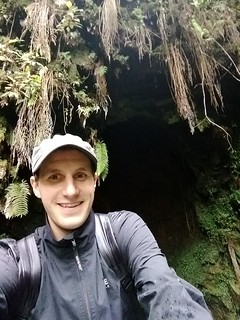 Mine was the penultimate talk, where I began with a brief introduction to community labs, synthetic biology and DIYbio. I gave a run down of the Biomakespace story so far, and encouraged interested parties to engage with us about training courses they might like to take part in at the Biomakespace. The talks collectively ran over (not pointing any fingers) but the majority of the audience (30 or 40 graduate students, post-docs, University staff members and possibly group leaders) stayed on for several questions at the end. Overall the masterclass showed off a great diversity of different public engagement strategies and was very inspiring. If anyone would like to know more or wants an email introduction to someone who was presenting at the meeting, let me know and I'll be happy to look them up and try to connect you. There were definitely a few potential new Biomakespace members by the end, so do look out for new faces! Huge thank you to Ljiljana Fruk for organising the event and thanks to Jenny, Katja and Abi and anyone else who contributed to the 'Intro to Biomakespace' slides that I borrowed for the talk, they were excellent!

Sadly, I don't have any pictures from the day, but here is me looking intrepid in a rainforest shortly before returning to Cambridge to give the talk!